Nancarrow is a certified organic farm raising cows, sheep and pigs alongside arable produce in a secluded valley near Truro in Cornwall. In recent years the farm has diversified to hold feasts and events, and developed a successful business as a wedding venue.

Taking place in October 2017, the 1,000 Mouths festival was an ambitious plan to feed 1,000 people over four days of feasts, using the meat from one bullock, in collaboration with some of the country’s leading chefs. The aim was to highlight Nancarrow’s ethos of sustainable food production, whilst also raising funds for worldwide charity, Action Against Hunger.

We recognised opportunities for Nancarrow’s seasonal feast events to be put forward for inclusion in diary date articles and event round-ups. With leading chefs cooking alongside Nancarrow’s at the 1,000 Mouths event, we anticipated that the event would attract high quality national press and establish Nancarrow as a credible dining experience, with a fascinating story of business diversification that could potentially interest trade and farming titles too.

It was also important to reach an audience further afield than Cornwall, and with the benefit of accommodation at the farm, hosting press trips could be organised, allowing us to approach journalists and media based outside of the county. 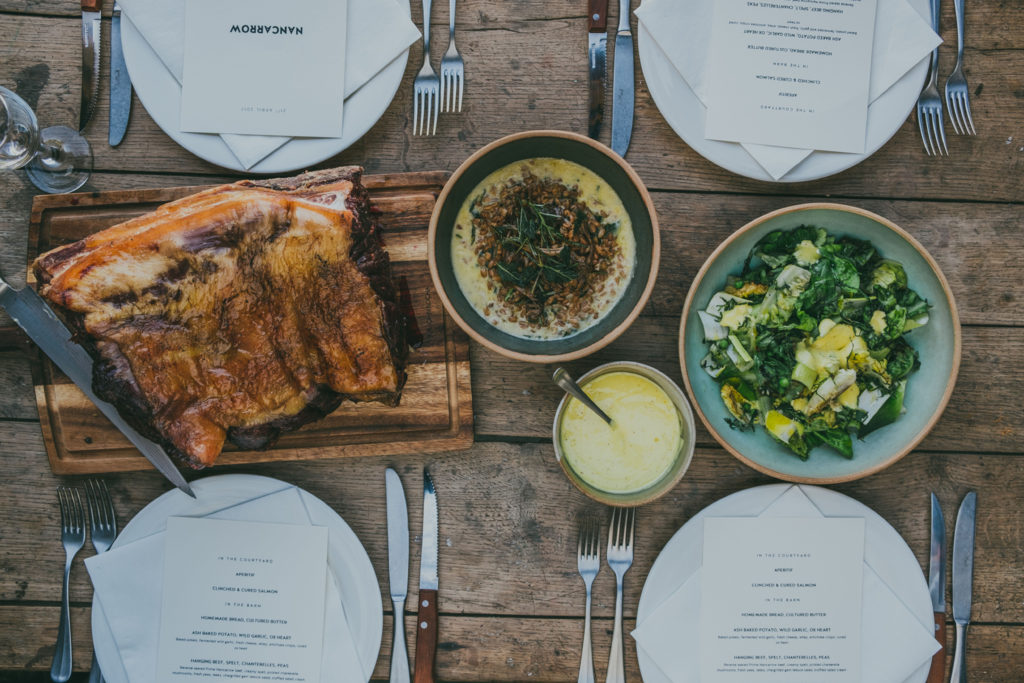 We undertook thorough research to tailor pitches to key titles and journalists, specifically targeting national publications with a travel and foodie audience, securing coverage in Delicious, Olive and Good Food magazine, along with weekend supplements of the higher quality newspaper titles focussing on food, drink and travel. This included broadcast media and the use of recipe features to secure multi-page features.

We distributed six press releases to regional and national media, with timely follow ups where necessary. Regional and local titles were key to encourage locals to attend the feast events and change the perception of Nancarrow as more than a wedding venue. The events were also put forward for inclusions in diary date articles and round-ups.

The campaign generated more than 80 pieces of coverage, with a cumulative reach of over 12.4 million people.

Coverage featured in diary date features, and numerous email newsletters from local and national blogs and titles, including Country and Town House. An eight-page spread was also included in Delicious Magazine with recipes from Nancarrow’s Darren Broom and Jack Bristow, along with Ben Tish, Andy Appleton and Gill Meller.

As part of the campaign success, we organised for BBC Countryfile to film at the 1,000 Mouths festival, which was attended by presenter John Craven. The programme aired on Sunday 22 October with 6.95 million people tuning in to watch.

Nearly all 1,000 tickets for the event sold, and as a result, Action Against Hunger raised £4,000. Post-event, Francine Heggie, head of challenge and community events at the charity, said: “We are so grateful to have the support of Nancarrow Farm, who have shown that by celebrating and sharing food together we can also help to provide others with more sustainable access to good nutrition. The funds raised will go a long way to provide malnourished children around the world with healthier futures.

Of the coverage we achieved, partner at the farm Steve said: “1,000 Mouths festival provided us with an opportunity to demonstrate our ethos to a much wider audience.

“Barefoot’s input into the project ensured we gained a much greater reach than we could ever have imagined. The results exceeded all of our expectations, giving our business a real boost and putting our farm on the map.”

Our campaign for 1,000 Mouths won two CIPR Pride Awards in 2018 – Gold for Low Budget Campaign and Silver for Best Event.

The CIPR commented: “This was an excellent, strategic campaign designed to meet the multiple objectives of raising money for Action against Hunger and raising profile of the farm. The judges liked the split of objectives into business ones and wider awareness-raising ones, with specific evaluation measures matching each. The team used some excellent tactics, including engagement and use of some quite stunning key opinion formers, with coverage on BBC Countryfile being the major coup. This campaign offered excellent value for money in terms of charity donations, along with the prospect of greatly increased income for the farm due to increased awareness and firm bookings – overall, an amazing achievement on such a small budget.”

This was an excellent, strategic campaign designed to meet the multiple objectives of raising money for Action against Hunger and raising profile of the farm."
CIPR, 2018

People tuned in to watch Nancarrow on BBC Countryfile

Raised for charity Action Against Hunger